The delicious Kaddu Ka Halwa Recipe is most preferred when you have to choose for the days of fast. It is one of the delicious Indian sweet dish which is commonly made during sacred occasions or during the festival celebration. This is because pulpy pumpkin is veggie or the fruit that can be eaten during the period of fast. And thus the markets are filled or flooded with availability of pumpkins in abundance. So, choose the pumpkin properly if you are pre-planning to make the Halwa.

Description: The Kaddu Ka Halwa Recipe is simple to make at home within no time. It needs fresh pumpkin with milk and other dry fruits. Enjoy health with taste.

Note: Use either butter or ghee.

Note: The smaller the pieces of Kaddu the better it is to make Halwa.

And the delicious, healthy and hot Kaddu Ka Halwa is ready to serve!

Note: You can also cook the Kaddu ka Halwa in a pan.

Pumpkin Halwa can be made at home in minutes without much of fuzz. It saves time, energy and efforts while you are on fast. The creamy Halwa, when topped with crunchy nuts, is a feast for the taste buds. The tempting bright red colored texture of this sweet and saccharine Halwa makes water drip off the mouth. The simplicity of this sweet lies in both its cooking and presentation. With less than three main ingredients and other optional dry fruits, you can cook it at your convenience.

There are two ways in which you make this Halwa at home with ease. You can either prepare the Halwa in the pan or the pressure cooker, the choice is based on your preference. Though the method varies slightly, the taste and the texture of the Halwa would remain same no matter by which way you make the Halwa. It uses few handful of ingredients apart from pumpkin which are also easily available. When you cook the pumpkins, you can chop them or grate them. The second option retains more nutrients when compared with the pressure cooking the chopped pumpkins. You can cook it in any form as per your convenience and time.

This Kaddu ka Halwa is healthy not only because of pumpkin but due to less consumption of ghee in its making. The combination of dry fruits with the melon seeds blends beautifully and releases the nutty flavors. The mixing of cardamom powder and vanilla powder with the sweet condensed milk incorporated aromatic flavors within whole Halwa. All in all, this sweet dessert is favorable for all kinds of occasions, whether festival or after a meal. Enjoy the rich and creamy Halwa at your home!

You can cut the square pieces of Pumpkin Halwa. Serve the dessert in a bowl or plate and garnish it with:

The Kaddu Ka Halwa Recipe is simple to make at home within no time. It simply needs fresh pumpkin as the core ingredients along with milk and other dry fruits as the side ingredients. This is one such sweet dish in which you can enjoy taste with the care of health. It is nothing but the western style dessert known as pudding made from the combination of Pumpkin and milk with the seasoning of flavoring agents like cardamom powder along with melon seeds. This soft, creamy and rich pudding can be topped with the chopped dry fruits for the little crunch in the bite.

The above mentioned recipe shows the method to make the pumpkin Halwa is pressure cooker. But if you want to make it in the pan, then also there is no change of process. Initially before beginning to make the Kaddu Ka Halwa, you have to chop the pumpkin, blanch the almonds and boil the milk. Now, instead of melting the ghee in the pressure cooker, you have to melt in the pan over the medium flame. When you are using the pan, always note to use the heavy thick-bottomed pan, so that your Halwa does not burn from the bottom. Now, once the ghee is melted, similar to the previous method add the small chopped pumpkin pieces into the pan. Allow them to cook and wait till they become soft. As soon as the pumpkin are cooked, they would start to release the water from them. At this stage, when the water begins to lose you have pour in around ¾ cup of water from the above to the pan. You do not have to let the pumpkin pieces dry. So, if the water starts to release and dry from the pan, you have to keep pouring the extra water till the pumpkins are cooked. Once the pumpkins are soft and cooked, the rest of the recipe steps remain same. Add the side ingredients and flavoring agent which gives the Halwa both taste and the puree like texture.

If eating Pumpkin gives you pleasurable taste, then you would be surprised to know that it also has beneficial health facts. It contains low calorie with dense nutrients and wholesome of vitamins. It is packed with vitamins A and C which helps in overall functioning of the body. Consuming Kaddu in our diet improves immunity, increases eye-sight and maintains the proper functioning of body parts. Not only Halwa, but you can also make creative food items like subzi and salad, dessert and soups, preservatives or butter from it. Thus this pulpy Pumpkin is far more than used just for Halloween decoration.

Generally after having the meal our mind wants something sweet, and that’s why we prefer to have delicious desserts over the namkeen mukwas. Though pumpkin is generally avoided by people, but this pumpkin Halwa or pumpkin pudding will defiantly be loved by lot of folks.  If you love Halwa, then you can check other varieties of Halwa. In the season of mangoes, you must try to make mango Halwa at home which is equally sweet and delicious. As we all know how good apples are for health, you can have them in any form and having apple Halwa after your dinner is both healthy and tasty. The most common of various Halwa is the red radish or the carrot Halwa with the bright colored texture and creamy taste.

The other various food dishes which you can make during Navratri are Sabudana Khichdi, Singhara Poori, Vrat Aloo, and Kaatu ka Paratha. Similarly, there are other Indian sweets such as different types of delicious Ladoo’s, Banana Sheera, Jalebi, Rabdi, colorful and flavorful creamy Barfi, Fruit Custard, Malpua, and the sweet Sandesh which you can make for various festivals other than Navratri. 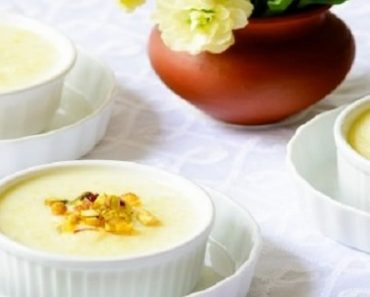 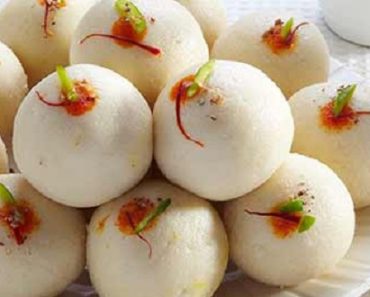 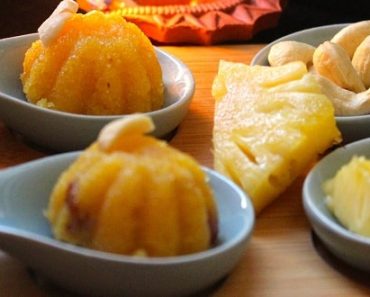 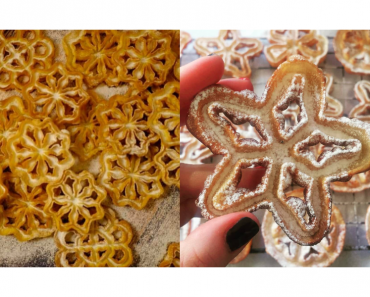 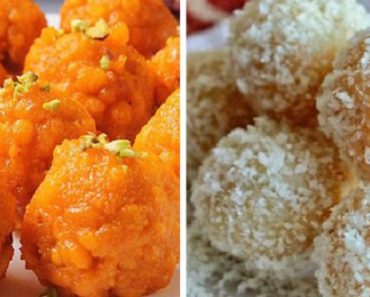