Jowar roti is a common flat bread made up of sorghum flour or Jowar flour, it is popularly known as “Jowar bhakri”. This is known by different names in various regions of India. In Andhra and Karnataka, it is known as jonna rotte whereas in Maharashtra it is known as jwarichi bhakri. Jowar roti is mostly liked by the people who are in agricultural work. This is because this gives them every to work for the whole day and is also affordable for them. Jowar roti is very filling and one roti is enough to keep us going for the whole day, and thus is one of healthy breakfast which you can serve.

Description: Follow the Jowar roti recipe to make the healthy breakfast or meal at home in minutes. It does not require much ingredients and netiher time. Try it today!

The Method for Jowar Roti Recipe:

Note: The consistency has to be like wheat flour roti dough.

The amount of water you add in the dough is dependent on the type and quality of the flour used. Avoid adding too much water if it is finely coarse, and if is slightly coarse then you may add to add more water.

You can add more of Jowar flour if you think the dough is sticky and not smooth. The texture should not be of the form of the paste. The entire dough must become one mass.

And delicious Jowar roti is ready! Serve hot and eat.

Note: Sprinkle the really nice amount of dry flour before you start to roll the roti.

If you are unable to roll and flat the small balls, then use the butter paper or ziplock bag. You can use the spatula to lift and the flip the roti to avoid from getting burned. Tongs can be used as well. The black spots on the roti indicate that it is cooked properly.

You can use the spatula to lift and the flip the roti to avoid from getting burned. Tongs can be used as well. The black spots on the roti indicate that it is cooked properly.

The Jowar Roti Recipe is a tricky one to follow but an easy recipe when you have expertise on it. So If you are not able to make this roti perfectly don’t be sad just keep on trying. I am sure one day you will become the master of this art also.

Making a Jowar roti is a very traditional way of making roti. Hope this traditional way does not get unnoticed because it’s not only tasty but healthy too. Traditionally this roti is made by hands. You have to Pat and press in a circular motion with hands to make this roti. This requires lots and lots of practice. It’s a work of mummy and dadi to make this roti. This is because they are expert cooks. If you are from a South Indian family then you might have seen your grandmother making this rotis with hand. Get ready ladies to show your family the traditional side of yours by making this Jowar roti.

Jowar contains less sugar thus it is good for diabetic patients. So Jowar roti not only provides energy for whole day buts it’s also good for diabetic patients. Because of the low sugar levels and high amount of energy provided by this it is suggested for diabetic patients. It is the great antioxidant and an absolute heart friendly bread. Jowar is also a rich source of calcium and protein along with fiber. Thus it’s really good for health. This roti is immensely rich in the minerals such as iron, phosphorous, calcium and potassium. The sorghum flour we are using in this recipe is gluten free. Apart from health, unlike other Roti they do not become hard when cooled, their texture remains soft and chew-able.

The key ingredient for making this roti with some ease is the usage of warm water. Use warm water to knead the dough. When I made this Jowar roti for the first time it was a total failure because I used to knead the dough with normal water. The roti was not rolled properly and got hard while cooking. Then I searched the internet and found that usage of normal water lead to failure. Next time I used warm water and it was better than the last time. After that, the next challenge was to make the roti with my hands. That was the most difficult part. But by practice and constant trial now I am able to make this rotis with ease.

Serve this Jowar roti with any vegetable side dish or any type of chutney. But it would be better if you can the Maharashtrian Curry dishes like Veg Kohlapuri, Usal, and Sprouts Curry etc. with this roti. Garnish it with:

The nutrient quotient of the Jowar was generally ignored but you would always remember its taste, flavors, and healthy values after eating this Jowar Roti. You can also make Makai Roti, Bajra Roti, Plain Roti, Rajgira Roti and much other varieties of Roti at home. You can make each of them whenever you wish to have and the necessary ingredients are available. But all the individual roti have their season wise significance, e.g. there is the abundance of corns in monsoon, so at that time you can make Makai Roti with corn sabzi. Bajra are good for healthy and gives our body the warm, so you can make them in the winter whereas Jowar Roti can be made in summers to keep yourself energized. If you are fasting, then you may prefer to make the Roti from the Rajgira flour.

The another variation to the Indian bread is the different type of parathas such as Onion Paratha, Cheese Paratha, Peas Paratha, Lachedar Paratha, Aloo Paratha, Corn Paratha, Pudina Paratha, and much more.
—
Image Credit : Hebbarskitchen 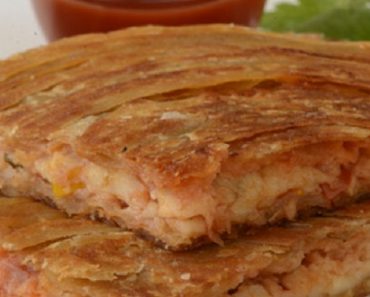 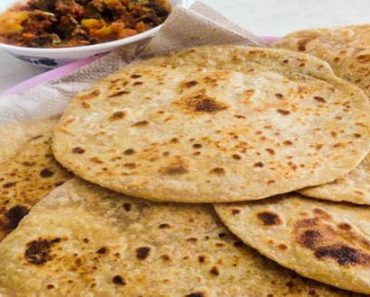 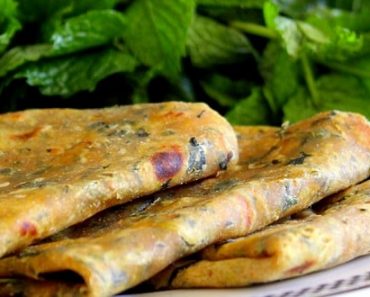 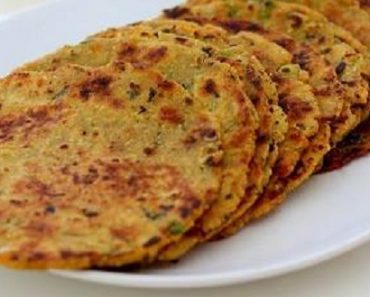 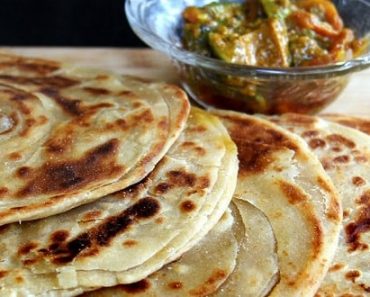 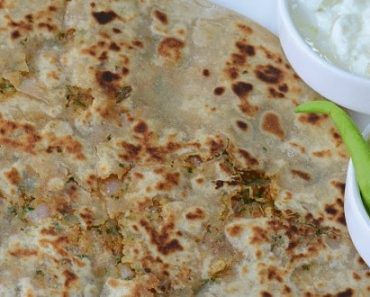